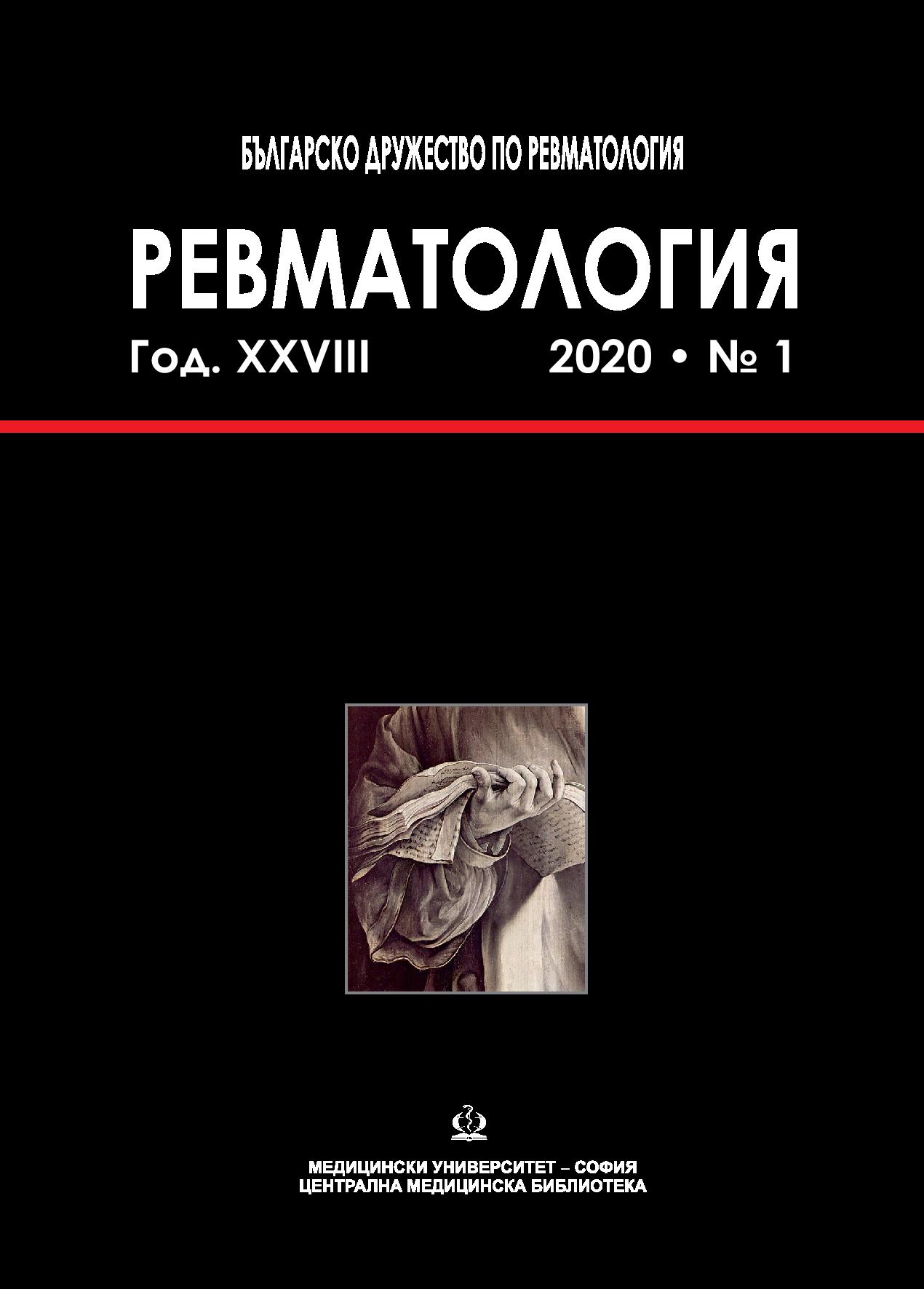 To analyze Adverse Drug Reactions (ADRs) in a Bulgarian population of patients with infl ammatory joint diseases who are eligible to receive treatment with biological medicinal products (BMP). A single-center, observational, open-label, prospective, non-interventional, pharmacoepidemiological study of clinical cases of ADRs in a Bulgarian population of patients with rheumatoid arthritis (RA), ankylosing spondylitis (AS) and psoriatic arthritis (PsA), treated with BMP between March 2015 and October 2016. The study was conducted on a protocol basis and after signed informed consent. Patients were treated with: Etanercept, Adalimumab, Golimumab, Certolizumab pegol, Rituximab. It was a prerequisite not to have previous BMP treatment. The statistical analysis was made with SPSS version 16.0. 53 patients were screened, 5 did not meet the inclusion criteria; 47 enrolled, 5 withdrawn from the study, 42 analyzed. Disease distribution: RA – 40.5% (n = 17), PsA-19% (n = 8), AS-40.5% (n = 17). Women – 52% (n = 22), men – 48% (n = 20). 76% of the patients were treated with Adalimumab and Etanercept. In 17% of the patients (n = 7), biological treatment was discontinued due to serious ADRs. Three of them were grade 3 severity, 4 –grade 4 severity. The largest relative share was occupied by ADRs with grade 1 and 2 severity, whereas 63% of ADRs had grade 1 severity. The total number of reported and confi rmed ADRs was 160. 3 ADRs meet the defi nition of SUSAR; 30 ADRs were unexpected; 127 ADRs were suspected. The overall incidence of ADR in the entire prospective study was 3.80 ADR/patient, the highest being AS – 4.35 ADR/patient. We have established a very high incidence of ADRs that is inappropriately higher than pre-authorization data for the analyzed BMP. The most common cause of discontinuation of biological therapy in patients with infl ammatory joint diseases is the onset of ADR.
https://doi.org/10.35465/28.1.2020.pp3-19
PDF BG/EN

This work is licensed under a Creative Commons Attribution-NonCommercial-ShareAlike 4.0 International License.

Most read articles by the same author(s)